Am I the only one who goes back and forth in-between books?

Currently, I’m between “A Stranger with my Face,” by Lois Duncan, and “The Woman in Cabin Ten” by Ruth Ware.

What are you currently reading? Do you go back and forth?

Is it weird that I sometimes think “scary” music is pretty? Like the score from, “The Ring,”  is actually kind of pretty…

When you’re writing, consider using more solid forms of language to make your scenes more immediate. This can primarily be done by focusing in on your verbs. For example, try saying:

He ran instead of He started to run or He was running.

They key is to eliminate unnecessary words and words that end in -ing.

Here is another example: Instead of saying:

Better yet: Michael hesitated, then turned and surveyed the room.

When you have the word ‘to’ before your action, you’re likely slowing your story down.

I absolutely loved this book. I first read it when I was in sixth grade. I’m more than sure that books by Lois Duncan have shaped me as a writer. Even as I prep to sell my small collection of short stories, I made sure to put a small, suspenseful caption on the bottom – just like on this cover. Oddly enough, this story has stuck with me all of my life. Granted, I rarely think of it, but once in a blue moon, there it’ll be, in my mind, inspiring me. I checked it out from the library with the full intention of reading it again. I’m so excited to do so and to share the review.

As always, Happy Writing, Reading, and everything epic!

That no one has told me about Epidemic Sound! So all those times when I searched for music to go with my YouTube videos, this amazing source was there all along. Okay, so I’m chill now that I found it. It has awesome tracks that are honestly just what I was looking for!

Definitely recommend trying out if you’re into making videos, etc. I will be starting my free trial this summer when I start my YouTube channel up again. 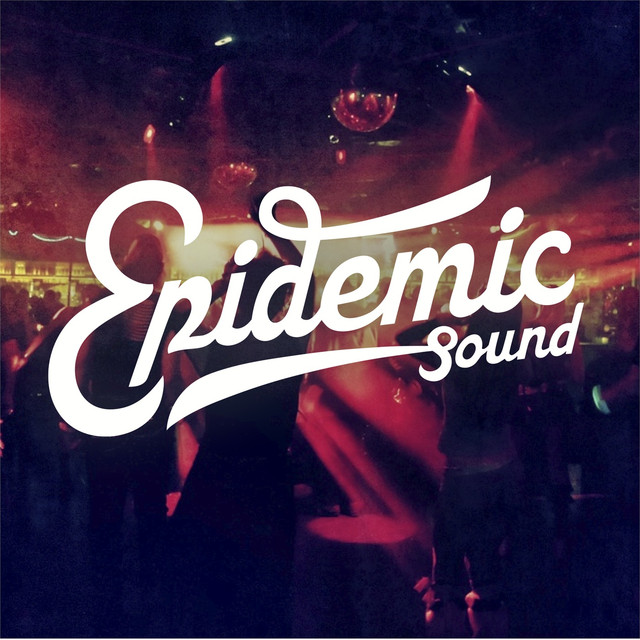 I can really draw to this music. Inspiring and fun. 🙂

Do you ever see a piece of art or hear a song, or read an excerpt of something so beautiful, so glorious, that your heart aches within you and your eyes moisten? Have you ever felt that strong desire to spend your life the way you know you were meant to spend it? What moves you like nothing else?

Feeling moved. A neat website with awesome illustrations to check out is Montague Mouse. This image makes my heart swell! Art by Kiri Leonard.

So with college and work and sticking with my workout regimen, plus keeping up the house, I am hard-pressed to really sit down and immerse myself into writing. And it sucks. I think I’m having actual withdrawals – painful, withdrawals. It’s like a pulling desire that affects me physically at this point. Can anyone relate?

These three of the many “Mandie” books were my absolute favorite. I LOVE these books and completely recommend them to young readers (fifth grade and up). They’re written by Lois Gladdys Leppard. These books are about a young girl named Mandie and her cat who go on various adventures with her Grandmother Mrs. Taff. There’s mystery galore with so many surprises! They were written a while back, but are still just as good and relevant today, while giving a neat perspective of an earlier century. Superb!

Summary: This is the story about a girl and a boy, Citra and Rowan, who are both selected to become Scythe’s. This is a really neat book, also dystopian, where disease and death has been eradicated. Now, not only do people not die, but they can regenerate, too. Once you turn 100, for example, if you want, you can turn the corner and become 20 again. The story starts out with Faraday, a Scythe, who comes to visit Citra and her family. This is a very scary thing, because Scythes are meant to reap people so that overpopulation does not occur. Naturally, everyone fears the Scythes, and Citra and her family are afraid he is going to glean one of them when he comes. Instead, he goes next door; “Then he left to kill their neighbor,” (Shusterman, pg. 11). Both Citra and Rowan, the two primary characters in this book, are soon after chosen by Faraday to be his apprentices; normally it’s only one. As they start to learn about being a Scythe, and all it entails, they must face evil for the first time, not just from killing innocents, but from other Scythes, as well.

Response: Spoilers: The Scythe, Goddard, enjoys killing more than he should and without compassion. When Scythe Faraday decides to apprentice two people, he insists that this is wrong and demands that when it is over, that there is a winner between the two, and that the winner must glean the other. Unfortunately, Citra and Rowan don’t want to do this, and they are separated in their training, as seen here, “And you, Rowan, will complete your training in the capable hands of the Honorable Scythe Goddard,” (Shusterman, pg. 174). Meanwhile, Citra also gets a new trainer, Madam Curie, when they’re told that Faraday has gleaned himself. There are ten commandments that Scythes have to abide by once they actually become one, and their training is hindered when Citra is framed for the murder of Scythe Faraday. However, he’s not dead, having faked his own death, but no one knows. Citra escapes and is hidden until her names is cleared. At their final test, Citra wins, but enables Rowan to escape with immunity for a year. This is a really neat book in that it is definitely different and unique. It makes the reader question the idea of death, as well as power. It makes the reader ponder the fact that life is temporary, and what life would be like if it wasn’t. It’s definitely thought-provoking. The theme of this book is about having compassion and that death is a necessary evil, as well as that even in a perfect world without death, there can still be evil. It also deals with diversity in that there is to be no biases with gleaning.

He has a really neat website with a lot of books and movie trailer for his book, “Scythe.” Check it out, here.

Tune in to my YouTube Channel at Author E.L. Pierce

Feel free to ask any question related to the publishing industry or the craft of writing and I will address it. You can simply ask a question under a previous post.

Feel free to ask any question related to the publishing industry or the craft of writing and I will address it. You can simply ask a question under a previous post.